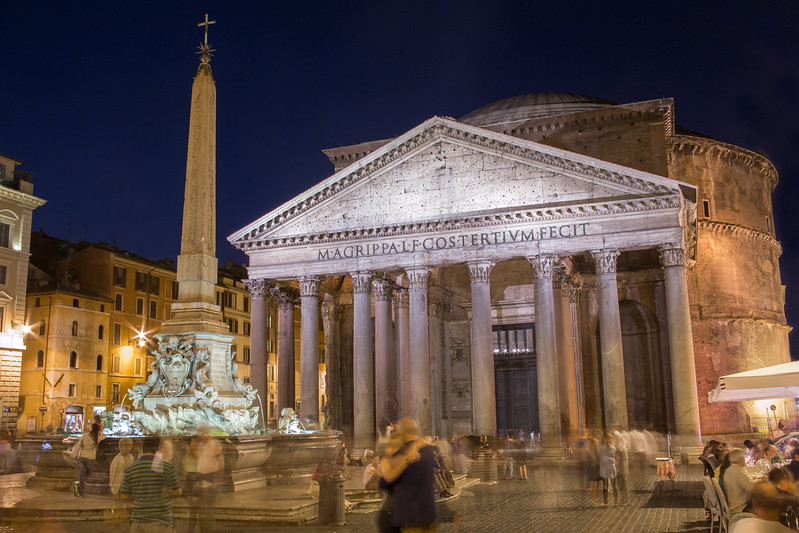 Controversy surrounds who constructed portions of the Pantheon and the religious significance. Indeed, it had many influences. It was built, burned, and rebuilt a few times between 27 AD and 126 AD. The dome itself remains one of the most significant architectural accomplishments and is perhaps the best preserved building in Rome. The hardest part of this 25 second exposure was avoiding the street vendors with glow-in-the-dark bouncing balls. And yes, the couple in the foreground stayed relatively still the whole time.

All images and text ©2019, Visionova, Inc. All rights reserved.